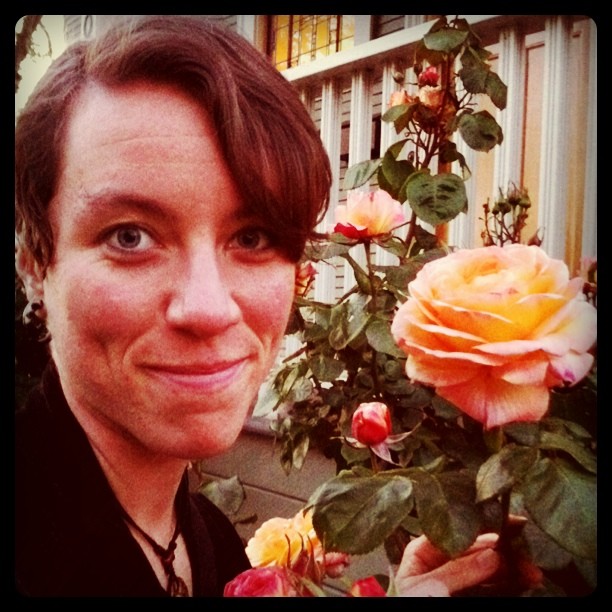 Known by many in the Pagan world as “Chuck”, Claire is an energetic herbalist and practices in the Bay Area.  She became involved with a local Unitarian Universalist Pagan community as a child and considers herself a “second generation” pagan.  She is a priestess in Reclaiming and has helped to facilitate Free Cascadia Witchcamp for over 7 years.  She's also involved with Radical Faerie circles and the Naraya: A Dance for All People.  Before studies at PSR, Claire worked professionally as a union organizer and faith based community organizer.  Her spiritual practice has played a critical role in her activism, and she is deeply committed to the work of justice with roots in pagan practice.  Her work as a faith based organizer in Judeo-Christian settings has led questions of the theological grounding for earth based spiritual activism.  She is passionate about indigenous struggles for liberation and self determination and is committed to building networks of solidarity among non-native Pagans and First Nations people.  She is a Deans Scholar at PSR and active in local community justice struggles.  She blogs at www.claradelfuego.blogspot.com and has been a guest blogger at Tikkun and AlterNet.

Christina Gargiullo is working towards a chaplaincy certification.  For the past several years she has been volunteering at a hospice and a homeless shelter and she hopes to spend her life working as a chaplain in one of these settings.  She is an eclectic Pagan who leans towards Pan-Dianic Witchcraft.  She priestesses for a modest circle of friends and is  currently in formal training with Come As You Are Coven (CAYA).  She welcomes contact with anyone who has questions or just wants to talk and connect!

A recent graduate of the Pacific School of Religion, Sarah will be presenting on Pagan pastoral care at PantheaCon this year. 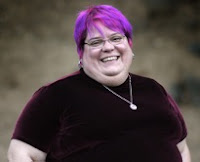 Gina Pond is an ordained 3rd Degree Wiccan Priest of 14 years and is pursuing her Masters of Divinity at PSR. She co-founded the Open Source Alexandrian witchcraft tradition and was an editor for the anthology “Gender and Transgender in Modern Paganism.” She is one of the founding members of 4M Ministries, which is a emerging church ministry that focuses on Radical Inclusion. In her ritual work, she combines elements of pagan spiritual practices and early Christian ritual. She is also a filmmaker, artist (of many stripes), and tech geek. Her newest endeavor is a weekly show on YouTube called "This Week in Heresy".  And, yes, she usually has brightly colored hair.